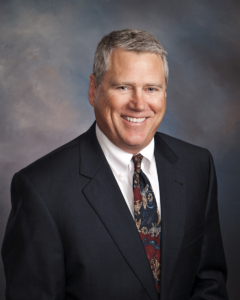 A version of this article was published in BizWest, December 2022.

Many have heard of the legend, but few know the story behind how a 3-inch fish became the star of a United States Supreme Court opinion and managed to stop – at least temporarily – a nearly completed federal water project.  In the process, it got the attention of water resource managers everywhere, and helped build the Endangered Species Act’s (“ESA”) reputation as the most powerful environmental law on the books.  The tiny fish recently completed a long journey.

The story unfolded in a broad fertile valley in the shadow of the Great Smokey Mountains, where the Tennessee Valley Authority (“TVA”) was dutifully fulfilling its Congressional charge to supply power to, and generate economic development in, depressed rural areas of the Tennessee River basin.  By the 1970s, the federally owned electric utility had constructed a series of 69 dams in the region to advance its mission.  In 1967, TVA began constructing number 70 – the Tellico dam – which would inundate 33 miles of the Little Tennessee River.

This last in a long list of dam sites was far from ideal, and TVA could not justify the project on traditional bases such as power, water supply, or flood control.  This compelled TVA to tout the project for its questionable recreational and development benefits.

TVA explained that the project would provide net recreational benefits by replacing a popular free-flowing trout stream with flatwater recreation, despite dozens of other similar reservoirs within 50 miles of the site.  To generate development benefits, TVA would simply condemn more than three times the land needed for the reservoir itself (including over 300 family farms) and resell it to developers.

In addition to these dubious benefits, the project was to be located on land that was once the heart of the Cherokee Nation.  This included the villages of Chota, the ancient capital of the Cherokees, and Tanasi, from which Tennessee draws its name.  In short, this is not a project that any water management entity would seriously put forth today.

Not surprisingly, the project generated significant opposition.  This opposition was a broad-based alliance that included not only environmentalists, but farmers (who were losing thousands of acres of some of the nation’s best agricultural land), sportsmen, and the Cherokees, among others.

In the summer of 1973, a professor at the University of Tennessee conducting a biological survey of the river spotted a small brown fish flitting around along a broad river shoal.  The fish – a Snail Darter – had been unknown before that time, and was thought to exist nowhere else.

About this same time, Congress passed, and President Nixon signed, the ESA.  Among its provisions is one that forbids a federal agency from action that would jeopardize the continued existence of an endangered species or destroy its critical habitat.  The Snail Darter was declared endangered in 1975.  This created a problem for TVA.

Project opponents sued TVA under the ESA.  In 1978, the case reached the U.S. Supreme Court, which, to the surprise of many who thought the ESA only applied to iconic species like bald eagles and grizzly bears, ruled for the fish.  The Court proclaimed: “Congress has spoken in the plainest of words, making it abundantly clear that the balance has been struck in favor of affording endangered species the highest of priorities …”

This ruling got the attention of Congress, which responded with a series of ESA amendments.  One of these changes created a Cabinet level review committee sometimes called the “God Squad,” because it could authorize a project to move forward based on economic considerations despite potential species extinction concerns.

The first project this committee reviewed was the Tellico Dam.  Tellingly, the committee found that even at 95% complete, the economic benefits expected from the project could not justify the cost to finish it.

In 1979, despite its warts, Tellico Dam completion was authorized by a brief rider tucked in an appropriations bill.  Notwithstanding pleas from project opponents, President Carter refused to veto the bill.

What, you may ask, became of the Snail Darter?  The rest of the story is that, due to successful restoration efforts, including translocation into other streams, it completed its 47-year journey to recovery and was removed from the list of endangered species in October 2022.

In the end, though the Snail Darter technically did (temporarily) stop a powerful federal agency in its tracks, the underlying story was more about an egregious instance of the federal pork barrel run amok than it was about a fish and an omnipotent environmental law.

The ESA today, while certainly formidable, is more flexible due to amendments and agency modifications since the Tellico Dam project.  But for many project proponents, it still carries the haunting memory of the little fish that could.

Beware of the Unintended Partnership

Easements: What’s Snow Got to Do with It?
Scroll to top