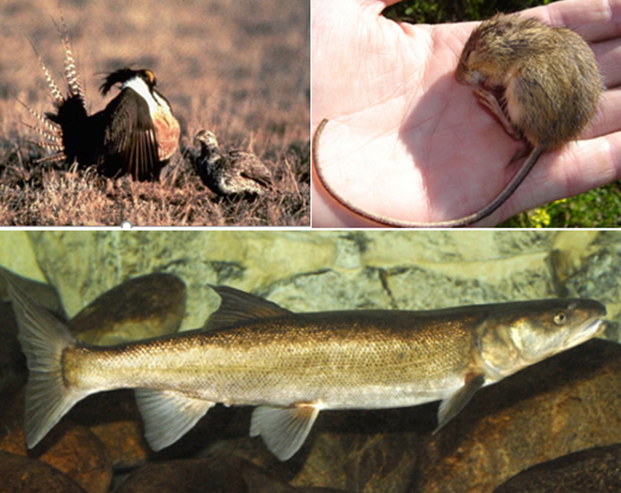 A memorandum recently issued by the United States Environmental Protection Agency (“EPA”) will give states additional reason to evaluate the merits of Clean Water Act Section 404 program assumption (something Colorado has not done since the early 1990s).  The memorandum addresses compliance with Endangered Species Act (“ESA”) requirements, and reverses a decade-old position held by EPA.

The federal government has made efforts in recent years to address this discrepancy.  These efforts include the United States Army Corps of Engineers (“Corps”) adopting a new approach to identifying those waters over which a state can assume Section 404 authority, which eliminates a long-time barrier to assumption.  (A prior post explains how Colorado may benefit more than any other state from the Corps’ new approach.)  EPA’s new memorandum addresses another problematic issue raised by CWA Section 404 program assumption – Endangered Species Act (“ESA”) compliance.

Issuance of a federal permit, such as the Corps’ issuance of a Section 404 permit, can trigger ancillary federal requirements, like consultation under ESA Section 7.  ESA Section 7 requires a federal agency to ensure, through consultation with the U.S. Fish and Wildlife Service (“USFWS”) (or the National Marine Fisheries Service (“NMFS”) for marine species), that any action it authorizes, funds, or carries out is not likely to jeopardize the existence of a listed species or impair its designated critical habitat.

When a state assumes Section 404 program authority, it operates that program in lieu of the federal program.  Permits a state issues under an assumed program are, therefore, state actions that do not trigger ESA Section 7 consultation.  This does not, however, eliminate a permittee’s ESA compliance obligations.  Most significantly, ESA Section 9 broadly prohibits the “take” of a listed species (which includes, but is not limited to, killing it).

ESA Section 7 consultation offers a mechanism for complying with Section 9 through USFWS’s issuance of a Biological Opinion (“BO”) containing an Incidental Take Statement (“ITS”).  The ITS provides a conditional exemption from the ESA Section 9 take prohibition.  Since this compliance mechanism is not available in the context of state-issued permits, certain state-authorized projects could require an ESA Section 10 Incidental Take Permit to cover Section 9 concerns.

Regulated entities disfavor Section 10 permits because the process to obtain one can be lengthy and expensive, and include review under the National Environmental Policy Act.  This, along with general confusion surrounding ESA compliance obligations in the context of state-assumed Section 404 programs, has contributed to the overall lack of enthusiasm among states in pursuing Section 404 program assumption.  EPA’s recent memorandum creates an appealing and clear path forward on this issue.

As part of a growing list of states moving toward Section 404 program assumption, Florida applied to EPA on August 20, 2020 to run its own program.  On May 21, 2020, in anticipation of this application, EPA requested public comment on whether its decision regarding Florida’s program transfer request would require ESA Section 7 consultation.  EPA had determined in 2010 that such a decision does not, by itself, trigger Section 7.

In an August 27, 2020 memorandum, EPA reversed course and concluded that its CWA Section 404 transfer decision does trigger ESA Section 7 consultation.  EPA’s memorandum describes how this consultation requirement will actually facilitate subsequent ESA compliance for permittees under the approved state program. Consistent with this new approach, EPA explained that when a state applies for Section 404 program assumption, EPA will engage in a one-time ESA Section 7 programmatic consultation for the initial review of the application.  USFWS (and NMFS if applicable) will then issue a programmatic BO and ITS for the state permitting program as a whole.

The new approach has the potential to save considerable time for permittees in authorized states.  The agency notes that its new “streamlined permitting process will … facilitate more effective and efficient state … CWA Section 404 programs.”

This is particularly pertinent in Colorado where stakeholders spent substantial effort developing objectives, goals, and actions for addressing the State’s projected future water needs.  Dubbed the largest civic engagement process in State history, the effort culminated in 2015 with the Colorado Water Plan.  Section 9.4 of the Plan, entitled “Framework for a More Efficient Permitting Process,” states as its objective to “explore how permitting in Colorado can be more effective and efficient.”  Taking another look at the merits of CWA Section 404 program assumption is the single most significant step the State could take in that direction, and EPA’s new memorandum gives Colorado one more reason to do so.

The Use of Buy-Sell Agreements in Succession Planning

Congratulations to John Kolanz on his legislative appointment to the South Platte...
Scroll to top