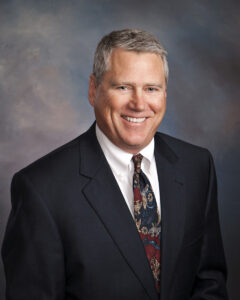 The Trump Administration’s focus on deregulation is nowhere more noticeable than in the environmental arena, with several headline-grabbing actions to reduce regulatory burdens in matters involving air quality, water quality, fossil fuel extraction, and environmental permitting, among others.  To the extent they withstand judicial scrutiny, these efforts will certainly reduce the federal environmental regulatory burden.  But there is a bit more to this story.

Prior to the “modern” environmental movement in the 1960s and 1970s, environmental regulation, to the extent it existed, was largely the province of state and local health departments.  These entities were legally, technically, and politically ill-equipped to handle the increasingly challenging environmental issues they faced.  This was obvious to even the casual observer.

Water quality in certain areas of the country became so degraded that some rivers literally caught fire.  Air pollution was plainly visible to the naked eye, including Denver’s notorious “brown cloud.”  Hazardous waste sites, like the infamous Love Canal in New York and the Rocky Flats Plant here in Colorado, threatened schools and neighborhoods.  The situation clearly called for a different approach.

Congress responded with a slew of bipartisan legislation creating a major federal role in environmental regulation.  The years 1970 through 1980 saw passage of most of the iconic American environmental statutes, including the National Environmental Policy Act, the Clean Air Act, the Clean Water Act, the Endangered Species Act, and the Safe Drinking Water Act, as well as laws addressing hazardous waste management and contaminated site cleanup.

While establishing a major federal presence in environmental regulation, these statutes also typically provided for a significant state role.  In many cases, Congress granted initial regulatory authority to a federal agency, such as the United States Environmental Protection Agency, but authorized states to develop and run their own programs provided they were at least as stringent as the federal program.  Generally speaking, under such an approach the federal government sets minimum standards and states, with federal oversight and support, implement programs to achieve those standards within their borders.  In this fashion, the states, including Colorado, actually administer the majority of these environmental programs nationwide.

While often couched as returning power to the states, the environmental deregulatory effort is more accurately understood as circumscribing federal regulatory thresholds.  For example, the Administration recently proposed to significantly reduce the extent of waters protected by the Clean Water Act.  The proposal is based on constitutional principles regarding the appropriate roles of federal and state governments.  The premise is that, since Congress was exercising its constitutional authority over commerce when it enacted the CWA, the Act should not apply to waters with a more tenuous connection to commerce.

Commerce typically moves on larger rivers and lakes, so the proposal tends to eliminate CWA protections for smaller bodies of water.  This would have different impacts across the country.  In the arid Southwest, it could remove CWA protections on over 70% of the streams.

Of course, removing a regulation or lowering a standard does not eliminate the underlying reason for creating it in the first place.  The public will continue to demand a certain level of environmental quality and function.  Deregulation may just change who pays for it.  For example, eliminating restrictions on entities that introduce pollutants or remove wetlands on the upstream side merely shifts the cost of achieving clean drinking water or flood mitigation to downstream interests.  The basic need for clean drinking water or flood control does not go away.

Adding color to this issue is the fact that the “big data” era of environmental management, and the transparency it creates, is upon us.  Emerging technologies are making it easier to measure environmental impacts and assess their causes in real time.  This will make it increasingly difficult for an entity to avoid responsibility for its true environmental footprint.

States will respond differently to any gap created by a federal pullback.  Environmental groups often predict a “race to the bottom,” with states doing the minimum necessary to meet reduced federal standards.  However, states are free to go beyond federal minimums, and many have.

For instance, many states (and even local governments) have implemented broad programs to address climate change in response to the United States’ planned withdrawal from the Paris Agreement.  Additionally, over a dozen states, including Colorado, have joined California in pursuing accelerated automobile emission reductions.  Moreover, Colorado imposes stricter emission standards on oil and gas operators than required by the federal government.

In part, these responses reflect an enhanced state competency – one gained by almost 50 years of experience administering complicated regulatory programs.  They also portend change that will carry beyond the Trump Administration.  In fact, the Environmental Council of States, a national nonpartisan association of state environmental agency leaders, is promoting a nationwide discussion on recalibrating the respective federal/state roles in environmental regulation.

The environmental playing field across the country appears on the precipice of significant change.  The next 50 years will look much different than the past 50.  Regulated interests reading deregulatory headlines and anticipating simpler times ahead could be in for quite a surprise.

John Kolanz is a partner with Otis & Bedingfield, LLC in Loveland.  He focuses on environmental and natural-resource law, including regulatory development, and can be reached at 970-663-7300 or JKolanz@nocoattorneys.com.