By: Lia Szasz – Published in the BizWest Thought Leaders column in March 2019. 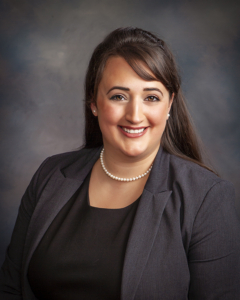 In recent years, growing popularity for keeping chickens in urban and suburban areas has caused many municipalities to adopt ordinances governing backyard chicken operations. While homegrown eggs delight many, the noise and smell of poultry can be a nuisance to nearby neighbors.

Did you know that many municipalities in Colorado require a permit or license for a resident to keep chickens in their backyard? Without one, you could be subject to fines and other penalties. Some municipalities don’t allow backyard chickens at all.

In Greeley, a resident must have a minimum lot size to have chickens, and many residential lots do not meet this requirement. Fort Collins, however, allows up to eight chickens on lots smaller than ½ an acre, but requires the Humane Society to issue a permit before the resident can have any chickens. Fort Collins does not allow roosters, which likely makes those who like to sleep in on the weekends grateful. The City of Loveland has much less restrictive requirements, does not limit the number of chickens a resident can own, and does not require a permit or license. Windsor allows up to six hens per lot, requires that the chicken coop be at the back of the lot, and requires chickens to be locked in the coop from dusk to dawn.

The differences in chicken ordinances vary greatly in Weld and Larimer Counties. Before starting a backyard chicken operation, check with your local municipality to make sure you comply with all ordinances concerning poultry. Most towns and cities have their code available online. If you live in a neighborhood, you should also check the county property records to see if there are any restrictive covenants concerning chickens. By properly consulting your municipality, you’ll make sure your backyard chicken operation is positively egg-cellent. 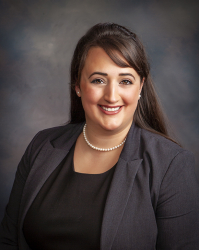 Lia Szasz
Lia obtained her undergraduate degree from Washington State University.After graduation, she continued her education and received her J.D. from the University of Colorado School of Law in 2015. While in law school, Lia was already honing her talents as a litigator and was awarded best overall combined brief and oral argument in the Colorado Appellate Advocacy Competition.
An experienced trial lawyer, Lia has obtained favorable results for her clients before both judges and juries and also encourages clients to seek alternative means of dispute resolution as well. Lia is admitted to practice law in Colorado, Wyoming, the United States District Court for the District of Colorado, and the Tenth Circuit Court of Appeals. When not practicing law, Lia enjoys operating her cow-calf ranch with her family, which makes her uniquely suited to assist clients with a wide range of agricultural legal services.She is committed to serving northern Colorado both professionally and as a member of its community.

Covenants Not to Compete in Colorado

Estate Planning For All Ages
Scroll to top