By: Tim Brynteson- Published in the BizWest Thought Leaders column on November 29th, 2018 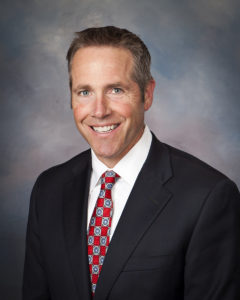 It may seem like common-sense that the Government is required to compensate land owners when it “takes” or “damages” private property. In fact, this has been part of both State and Federal law since 1787 and 1876 when both the U.S. and Colorado Constitutions required that the government must provide “just compensation” whenever it took private property for public use.  So what is the proposed by Amendment 74 changing in the Colorado Constitution? How will the law be different?   Amendment 74 changes the State Constitution by adding the requirement that the Government compensate property owners not only when it “takes” or “damages” private property, but when Government action may have affected the property by “. . . reduc[ing] in fair market value by government law or regulation . . . “.

Historically, the Courts have generally ruled that regulations or laws restricting the use of property to further legitimate public ends is not a “taking” of property requiring compensation (there are exceptions).   It has long been considered an appropriate and traditional use of the police power of a government to do what is necessary to promote and protect public health, safety and welfare by regulating land use and zoning.   State Supreme Courts have largely followed this precedent.  Amendment 74 changes the current law in Colorado by specifically requiring governments to pay property owners if their land is arguably diminished in value by a zoning change or regulatory change. An example is if you live next door to a small apartment building – two stories with 8 units. The city passes an ordinance to limit the height restrictions to 3 stories, but the owner had wanted to build a 10-story apartment building.   The owner could sue the city alleging the new ordinance reduced the value of his property.   Conversely, if the City passed an ordinance allowing 10 stories apartment buildings anywhere, you could sue alleging that by allowing construction of a 10-story building next to your house diminished your value.  I hope this helps illuminate what might happen in the event Amendment 74 passes. 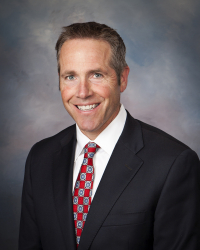 Tim Brynteson
Tim is not your average tax attorney.  He is a business pro, having previously managed a large Ford dealership in Greeley, Colorado.  Tim represents individuals and families in estate planning matters, including business succession planning.  He also routinely advises businesses on general business matters, and can provide representation in tax controversies.  Tim graduated in 1991 from the University of Colorado, Boulder School of Law. During law school, he clerked with the U.S. Attorney’s Office in the Civil Division and after graduation went to work for the Office of District Counsel, Internal Revenue Service. He was responsible for trying cases in front of the Tax Court, advising the IRS on tax law and collection matters, and was appointed as Special Assistant United States Attorney to represent the IRS in Bankruptcy Court.