Mr. Otis saw law as a way to serve people in his community

GREELEY, CO, January 20, 2016, Fred L. Otis, Attorney of Otis Bedingfield & Peters, LLC, has been recognized by Martindale-Hubbell for showing dedication, leadership and excellence in real estate law and for holding an AV Preeminent Rating for more than 15 years.

“Fred has long been the go-to real estate lawyer in Northern Colorado,” said his partner Jennifer Lynn Peters. “It is nice to see him getting recognized on a national level for his long-standing commitment to excellence in real estate law.”

Mr. Otis is currently a managing member of the law firm of Otis, Bedingfield & Peters, LLC, where he routinely represents clients in all types of real estate transactions. He also works closely with the firm’s 12 other attorneys and is a champion of numerous community projects throughout Greeley and Weld County.

As an attorney, Mr. Otis is particularly skilled in the field of real estate law, and he is regularly responsible for handling commercial real estate and business transactions. He is admitted to practice in Colorado and before the United States District Court for the District of Colorado, the 10th Circuit Court of Appeals, and the U.S. Supreme Court.

During his over 40 years of practice as a real estate lawyer in Greeley, Colorado, Mr. Otis also served as a municipal court judge for the City of Greeley from 1979-1985, and as a director of the Northern Colorado Legislative Alliance from 1992-1997. He was a member of the Commission on Judicial Performance for the 19th Judicial District from 2000-2007, and he served on the Weld County Planning Commission from 1978-1983, and as chairman of the commission in 1982. Mr. Otis also taught real estate law at Aims Community College from 1977-1979. Prior to entering private practice, Mr. Otis served as a special agent for the Federal Bureau of Investigation from 1971-1976.

Looking back, Mr. Otis became involved in his profession because he enjoys serving people and wanted to serve more; he saw the law as a way to accomplish this, and he earned a JD from the University of Arkansas in 1972 to achieve his goal. He was recently inducted into Worldwide Registry and also maintains affiliation with the Weld County Bar Association and the Colorado Bar Association. As a testament to his sterling reputation, Mr. Otis maintains an AV-Preeminent Rating with Martindale-Hubbell, which he has held since 2001. Mr. Otis is looking forward to continuing to serve his clients throughout Northern Colorado. 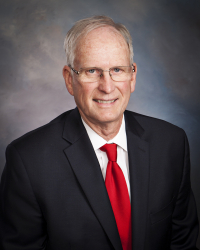 Fred Otis
A native of Greeley, Colorado, Fred is the deal-maker and the go-to Greeley real estate attorney. He focuses on commercial real estate and business transactions and has practiced in Greeley for over 30 years. Fred received his undergraduate degree from John Brown University and his law degree from the University of Arkansas. Fred is admitted to practice in Colorado and before the United States District Court for the District of Colorado, the 10th Circuit Court of Appeals, and the U.S. Supreme Court. He is a member of the Colorado Bar Association and the Weld County Bar Association, serving as President from 1988 to 1989, and as Chairman of the Real Estate Section from 1979 to 1986

Do I need an Army Corps Permit for My Project?
Scroll to top