A version of this article was published in the June 2015 BizWest Thought Leaders column. 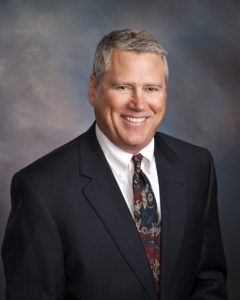 It is largely about perspective.  Some say that the new federal rule defining the reach of the Clean Water Act (“CWA” or “Act”) will pave “the road to a regulatory and economic hell.”  Others see it as a rollback of current protections that fails to close loopholes that have made the nation’s waters vulnerable to destruction by developers, corporate agriculture, and general industry.  Like most politically charged issues, however, the truth is somewhere in between.

Once effective later this summer, the new rule will provide the framework by which the federal government decides what waters receive CWA protection.  This fundamental aspect of the Act remains confusing and contentious 40 years after its passage.

CWA regulation often brings to mind images of a sewage treatment plant or large industrial facility discharging effluent into a river.  While the Act certainly covers such activities, its application is much more extensive.  For example, the Act can also apply to discharges of rainwater and snowmelt, or placement of materials like dirt, sand, or gravel (“fill”) into protected waters.

This latter component of the Act, often called “dredged and fill” or “wetlands” permitting, is the component likely to be most affected by the new rule.  This permitting program often covers routine activities related to oil and gas production and distribution, road building, agriculture, and all aspects of development, including construction of the family home.  Therefore, changes in the Act’s coverage can impact many routine business activities, particularly in a region of dynamic growth, like Northern Colorado.

The stakes can be high.  Activities impacting protected waters require permits that can be difficult and expensive to obtain.  Some projects may be denied permits.  Even when issued, a permit creates binding obligations with potentially severe penalties for noncompliance.

The new rule is an attempt to clarify the reach of the Act due to uncertainty created largely by two United States Supreme Court opinions, and subsequent government guidance on how to implement the Act in the wake of those opinions.  The uncertainty led to many case-by-case determinations of coverage, creating permitting delays and inconsistent application of the Act.

To achieve clarity and certainty, the new rule draws bright lines to automatically protect certain waters.  In some cases, these lines are based on distance to other protected waters, as opposed to scientific evaluation.  However, despite the goal of certainty, the new rule also creates a potentially complicated test for extending the Act’s protections to a “catchall” category that will include many waters not now typically captured.  The regulated community has expressed particular concern about this catchall category.

On the other hand, the new rule specifically excludes some waters that the Act would otherwise cover.  Perhaps most significantly in Colorado, the new rule excludes certain irrigation ditches, artificially irrigated areas that would revert to dry land in the absence of irrigation, and water-filled excavations created incidental to construction or mining.  Moreover, the new rule leaves in place existing permitting exemptions, including rather extensive exemptions related to agriculture.

Some industry groups have condemned the new rule as an inappropriate (and illegal) extension of the Act, and have threatened to file suit to challenge the rule.  Environmental groups who think that the new rule does not go far enough may pursue similar challenges.  Legislation to limit or prohibit implementation of the new rule is also a possibility.

The government, through guidance, has ensured continued broad coverage for the Act even in the wake of the two Supreme Court decisions that have generally been interpreted to limit protections.  Lower courts have largely accommodated these efforts.

Due to its different approach to identifying covered waters, the new rule will change the playing field for the regulated community to some extent, especially regarding the “less obvious” waters.  Just how much is difficult to know until the new rule is applied in the field.  Some waters currently covered by the Act will no longer be included, while some waters not currently covered will be.  How any given project will be impacted will depend on its own unique circumstances.

John Kolanz is a partner with Otis & Bedingfield, LLC in Loveland. He can be reached at 970-663-7300 or via email at JKolanz@nocoattorneys.com.